This was one of my first adventures in film making. It was entirely self funded by Shane Gibson and Ciaran McIlhatton and quickly became a labour of love for everyone involved. It depended highly on peoples generosity and couldn’t have been done without mentioning the help of George Logan who provided a great deal of the period props.

I became involved near the beginning of pre production and slipped into the role of production designer. I made some of the more bespoke props (specifically the flags and wolf shield), helping to touch up others and in on case I actually built a small set. The production served as a thorough learning experience for me in general, being my first time on set. I also learned here the basics of set decoration and organising art department properties. Below are some examples of set dressing from the short, to which I owe George Logan a big thanks. You can see some of the props I made in context along with a mixture of set dressing that I picked mixed in with George’s own collection. 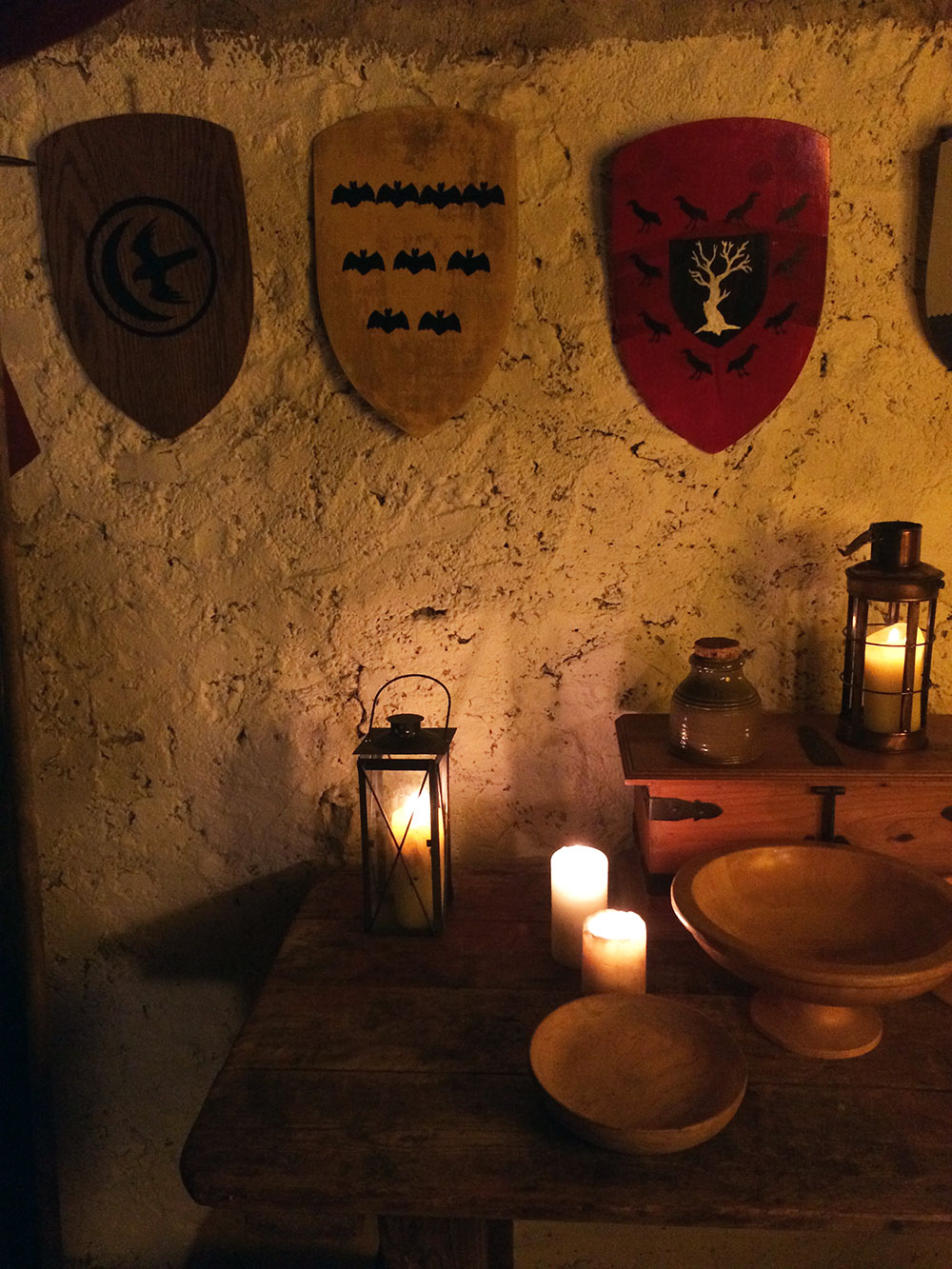 I designed and built this small gallows set with a little help grafting from the crew. Made largely out of pallets to stretch our micro-budget as far as possible, we enlisted the help of a rope technician to ensure we could safely get our actor up and down from the tree. We used a combination of blue screen and removable spikes (using buried guttering pipes for quick turnaround) to keep Ryan (actor) as safe as possible. 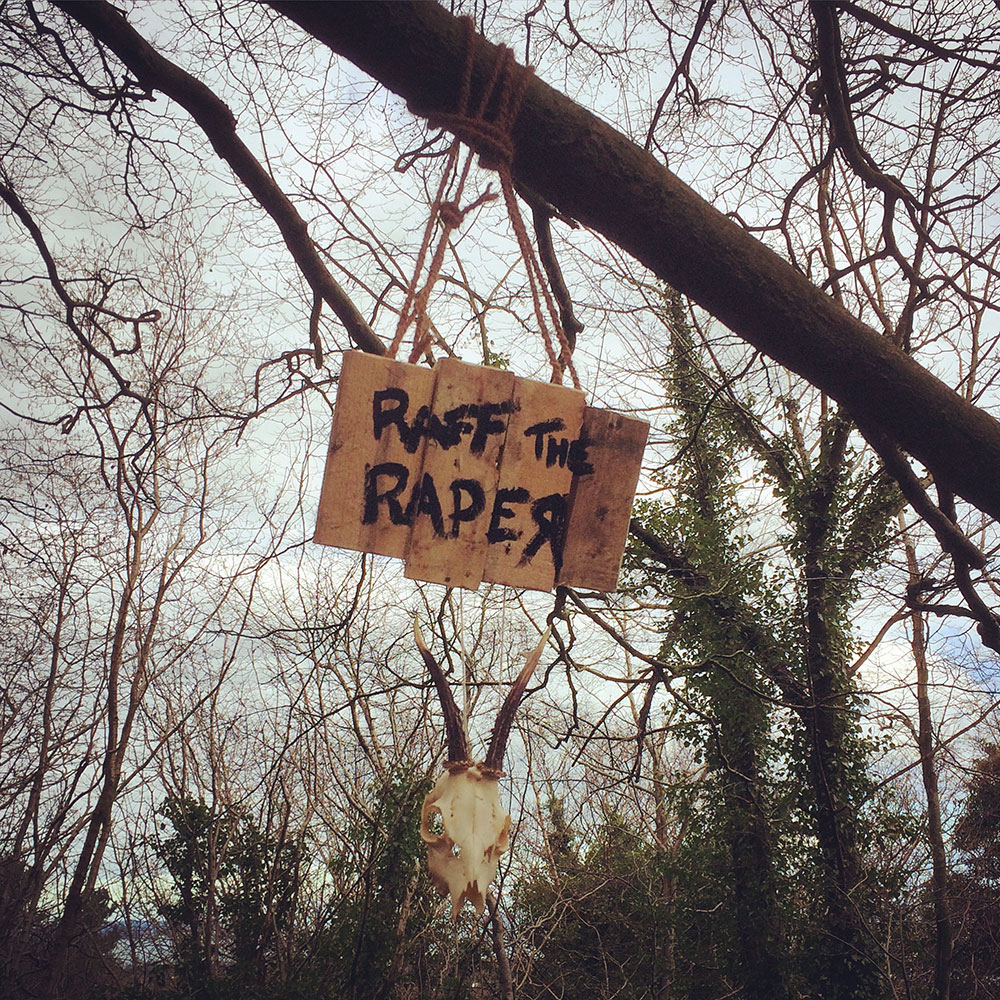 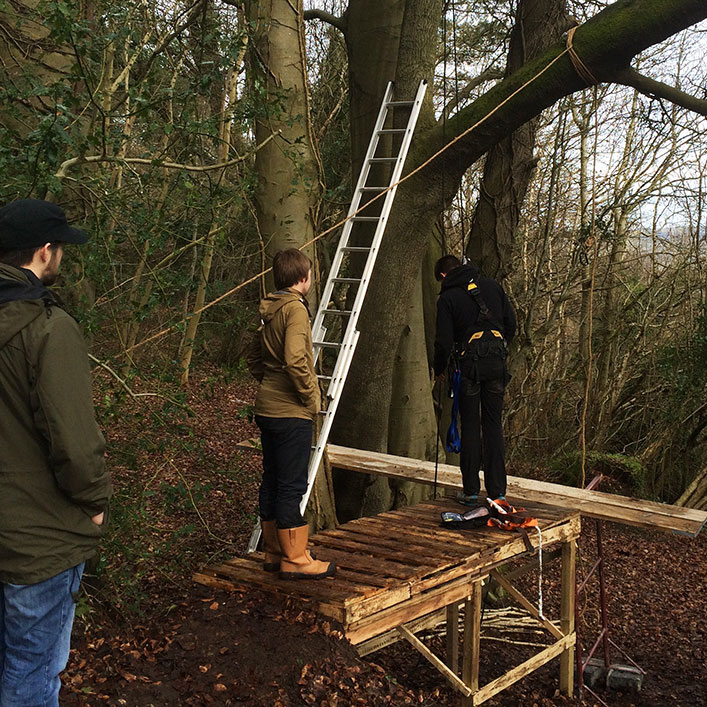