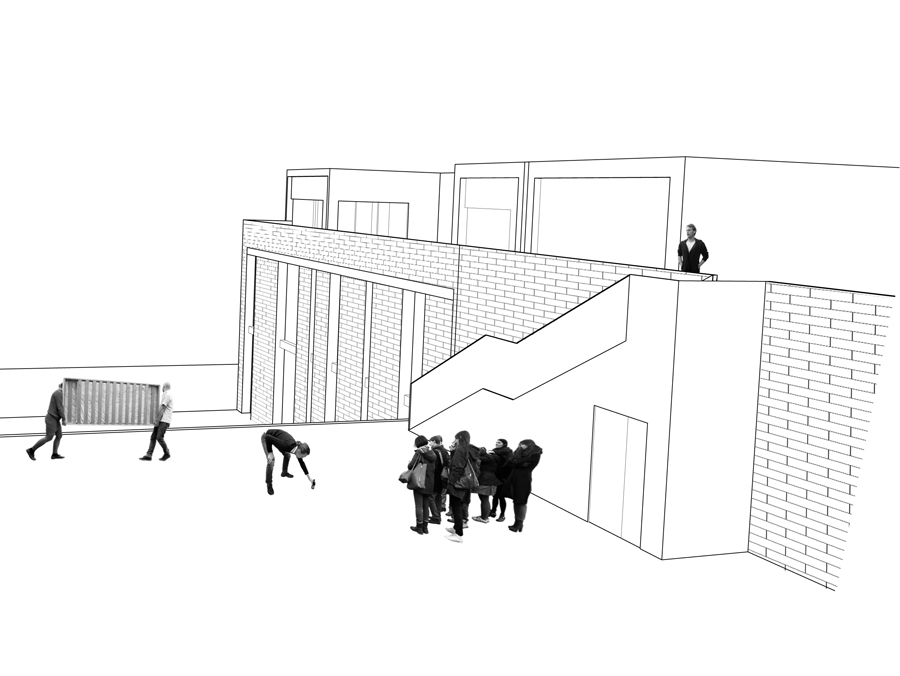 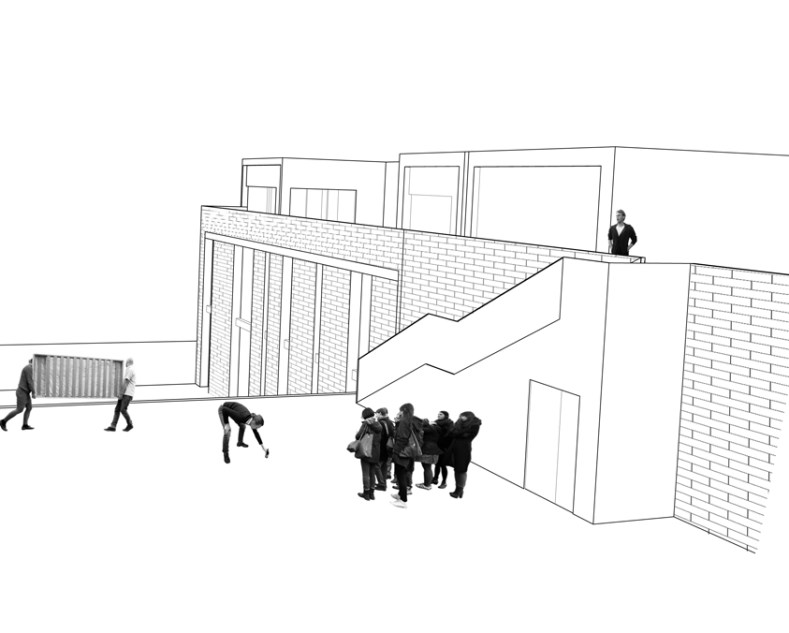 As described in other posts  the project of making St Johns an artist study relied on the careful integration and separation of different activities. The idea was to have a mixed use development based on a cooperative business style, so security between the different elements was important. Equally important is the ability to integrate into a community, something lacking in some studios I visited and explicitly sought after in others.

This image explores the private studio for one person and how it relates volumetrically to the other spaces inside and outside the building. It demonstrates a considered layering of thresholds (both implied and physical) that promote engagement within the architecture where appropriate. Sight lines to communal areas enhance the sense of community within the building. Alcoves for entrances into studios promote engagement between the artists in passing, while defining areas of privacy that can be customised for expression. The barriers of vertical space create visual and audible links while retaining that important hierarchy of security.

The architecture is designed to create the opportunity for engagement. Threshold spaces are created around each stage in the journey to your destination, blurring the boundary of private and public. At these points the sense of community is defined; either enhanced or diminished as the inhabitant sees fit.